Our last stop was Stockholm. This is where we were to fly out of – so to Stockholm we went.

As I mentioned in my Paris post, I didn’t have a lot of must-sees for Stockholm, so a day and a half visit seemed sufficient enough. We stayed in an awesome AirBnB – a townhouse on the waterfront. Originally we planned to stay more central, but a week before we departed for Europe, the host canceled. After a dramatic freak-out, I was able to get the other guys on board to stay with us, so we could afford to rent this house. Stockholm is expensive, y’all, and I wasn’t sure where else I’d be able to find an affordable place to stay only a week out. Talk about stressful. 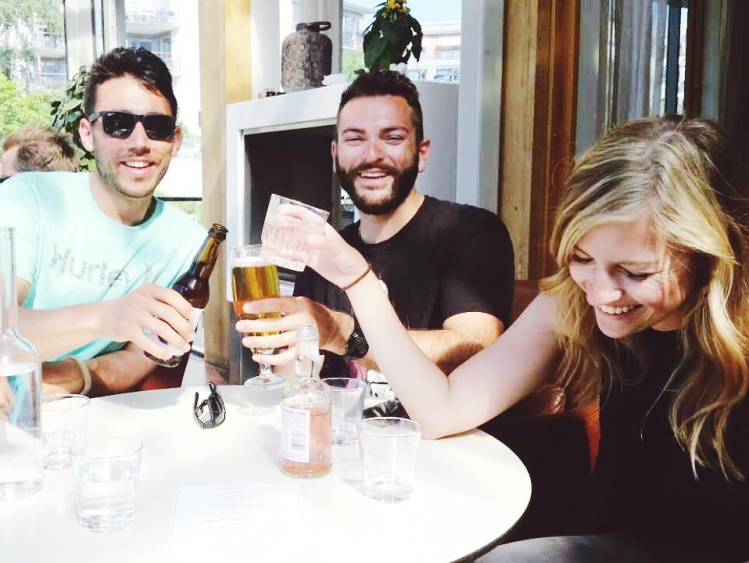 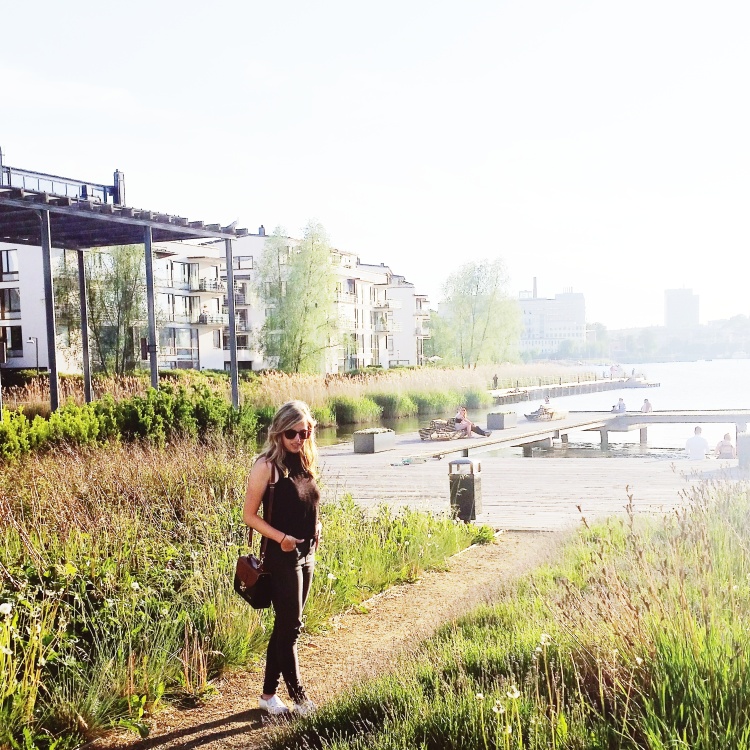 We arrived late afternoon (me from Paris, the guys from Norway – and boy was I glad to be with my husband again) and recharged with some appetizers and drinks at one of the restaurants on the waterfront – our host was kind enough to leave us a long list or recommendations and instructions. Afterward, we wandered around in search for a place to eat dinner and unexpectedly found ourselves at Urban Deli (a place I had on my list). Dinner was expensive, of course, but afterwards, the real highlight of the trip, we went to see a Peter Bjorn And John concert. I don’t listen to their music, but I am familiar with a couple of their songs (they sing in English), so at the suggestion of one of the guys (a huge fan), we bought tickets to the show. And guys, it was SO FUN. They put on a really great show, and it was cool to experience something local like that – a Swedish band playing in their hometown. 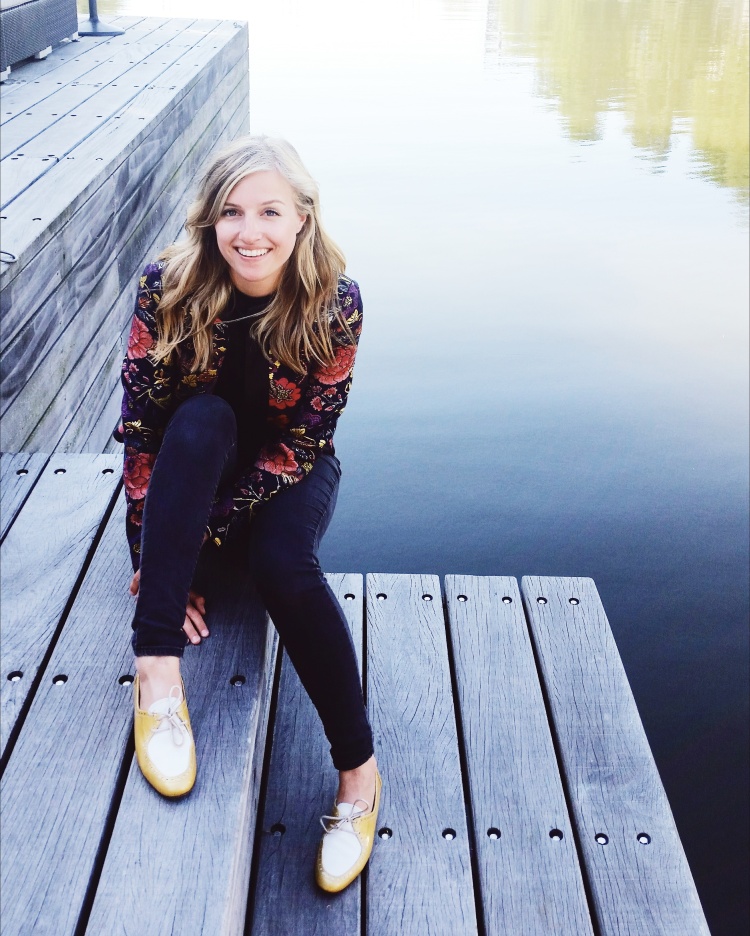 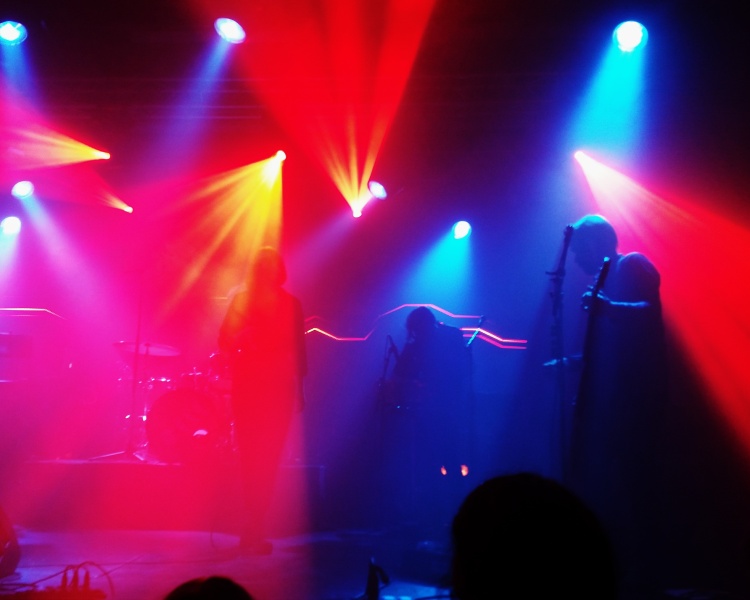 A Swedish friend of one of the guys also stayed with us, so the next day he kind of acted as our tour guide. We took the free ferry across the waterfront to Sodermalm and had some traditional Swedish breakfast sandwiches. Then we walked through the area (not stopping to vintage shop, unfortunately) and went up the Katarina Elevator for a view of the city. 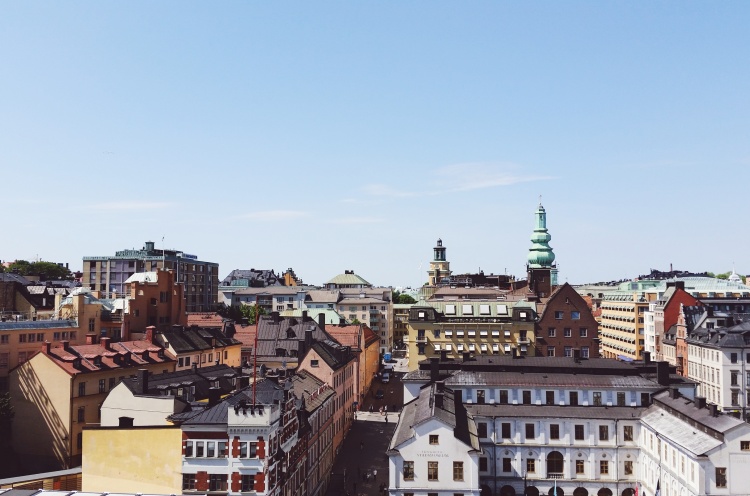 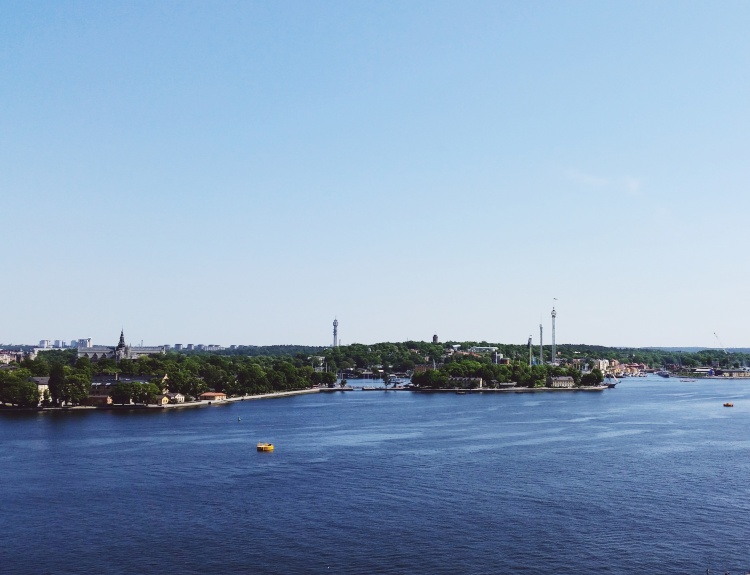 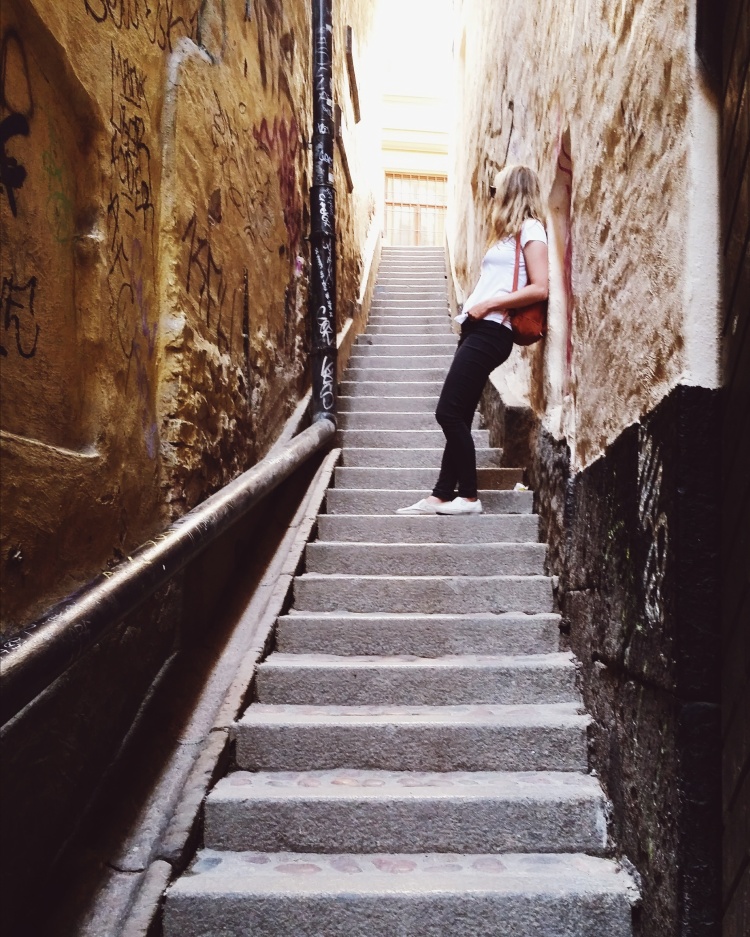 Then we walked some more – made it to Gamla Stan (old Stockholm). I’d been waiting to see this part of the city – the part with old colorful buildings, the palace, the cathedral. After lunch we wandered a bit more north – I was hoping to buy some clothing or shoes from a Swedish brand, but guys don’t really enjoy shopping, and well, that’s who I was with. 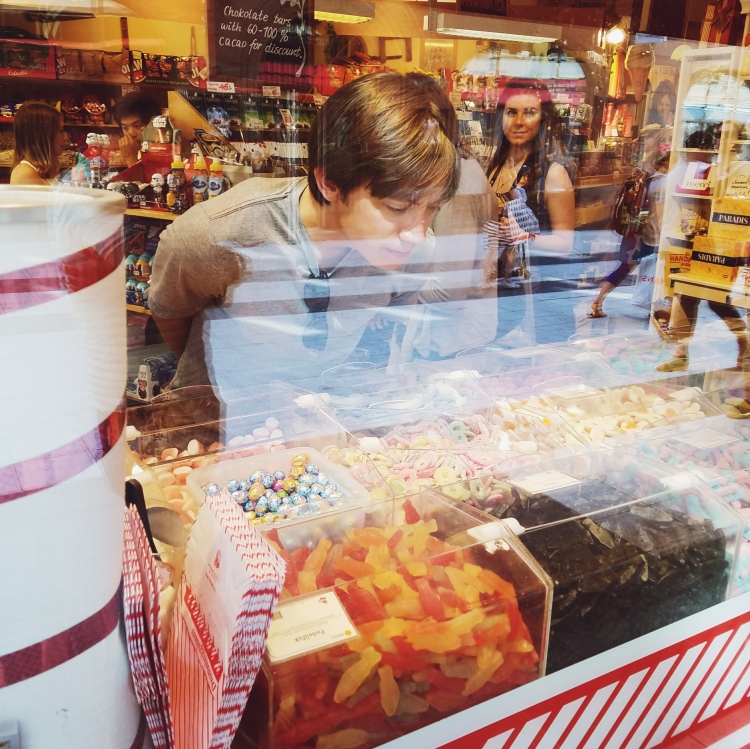 Originally we were going to have a fancy dinner at Teatergrillen and hang out at the Sodra Teatern on Mosebacke on our last night, but we were so exhausted from our entire Europe trip and just wanted to relax. Instead, we went back to the waterfront, where I ate the very best ice cream from a little ice cream stand. There was also a brewery next door, so we hung out there with drinks and had dinner. That night, we decided to enjoy the AirBnB and watched a movie on the giant couch. 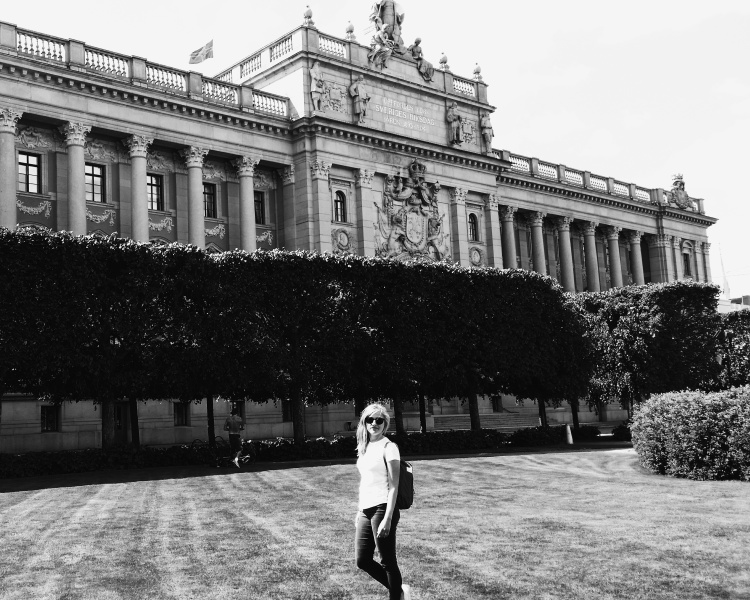 I’m not sure what else to say about Stockholm. After the other cities we visited, it honestly didn’t feel as impressive – just like a regular city. The buildings weren’t as grand as Paris or as colorful as Copenhagen. I’ve heard the night life is very big there, but beyond the concert, we didn’t go out. There may be some other beautiful areas to visit, but since it was such a short stay, we didn’t get around to much. Plus, after 9 days of travel, I think we were just ready to sit and do nothing for a bit.

P.S. Photos taken on my phone or GoPro and edited with VSCO app.

everyone's a fan. #kipalip
We have been non-stop re-landscaping our front yard and met a 65 year old neighbor this morning who brought us a giant bag to store dirt (apparently that's a thing) and said, "This is my life now." Same, girl. Same. #theleeshome
i'm sorry, 14 months at home and you DON'T have a photoshoot with your new olive tree? keep swiping for some creative direction from my husband. i promise it's worth it. #theleeshome #samsgardenfriends
stop and smell the lavender 🌱 #kipalip
leaning into our first spring with a yard overhaul. 🌿 #theleeshome #kip
gryffindor by birth, ravenclaw by choice, married to a slytherin. 💁‍♀️
Saturday in the suburbs, planting a tree on this first day of Spring. 🌿 #theleeshome #kipalip
rbf or crazy eyes. i have no in-between.
un café de Lee has relocated 10 feet away but currently on track for a late summer 2021 grand opening. just waiting on the permit for jasmine growth to be approved and the install of ambient candle lighting. ☕ #theleeshome
Loading Comments...
Comment
×
<span>%d</span> bloggers like this: