Hey remember how I used to have a film camera that I would take photos with? Here’s a roll of film I never shared, and I figured it’s about time to – moments captured from the end of summer as it transitioned to fall. There are no photos of me and a lot of photos of my unsuspecting husband (my favorite kind).

Every time I look at a roll of developed film I am inspired by the magic of it and fall in love with it all over again. The tones, the nostalgia, the not knowing what you captured until you get it developed.

I still have said film camera.
And Thanksgiving is probably a good time to whip it out again.

P.S. As always, these photos were shot manually and are unedited.

P.P.S. We just got a GoPro and have already been making the most random videos of everything. After several near-death-adventures, I figured it’s about time I start recording this stuff. And you know, life from my dog’s point of view (you bet we got the GoPro dog harness). 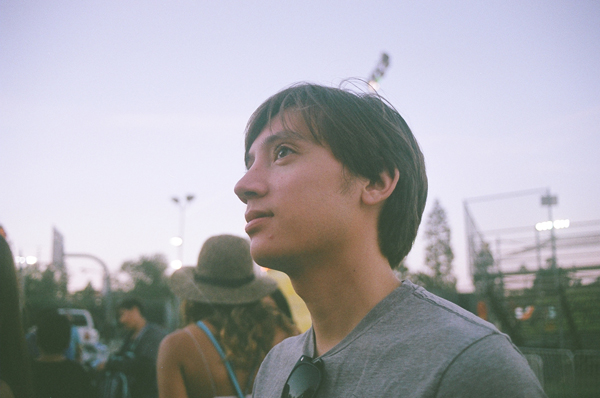 Fiesta La Ballona (Culver City fair and closest thing we’ll get to a Stars Hollow celebration) – after the eating of the garlic fries and before the almost puking on the Gravitron. 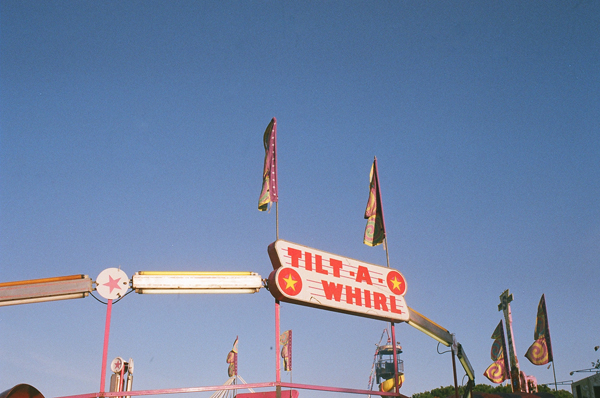 Street Food Cinema – outdoor movies (this one was Jurassic Park) and my new favorite summer activity. You can picnic (yes), bring dogs (yes), and watch a classic movie under the stars (everything yes). They have a million food trucks, and basically it’s just really splendid. 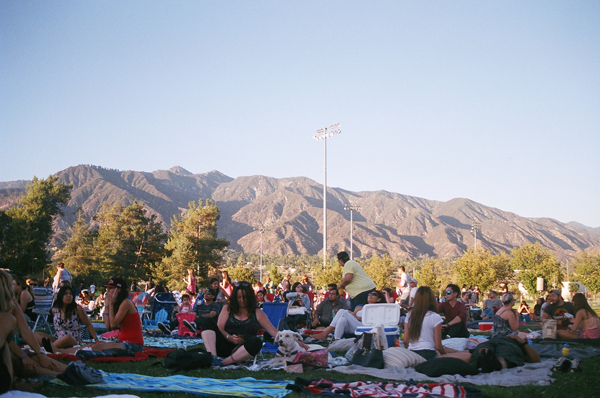 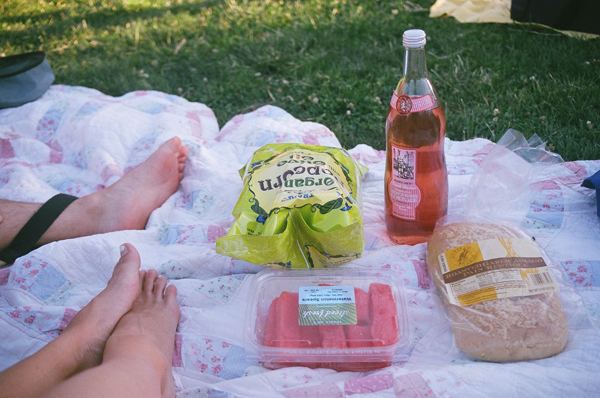 Road trip to Palm Springs for my birthday weekend. 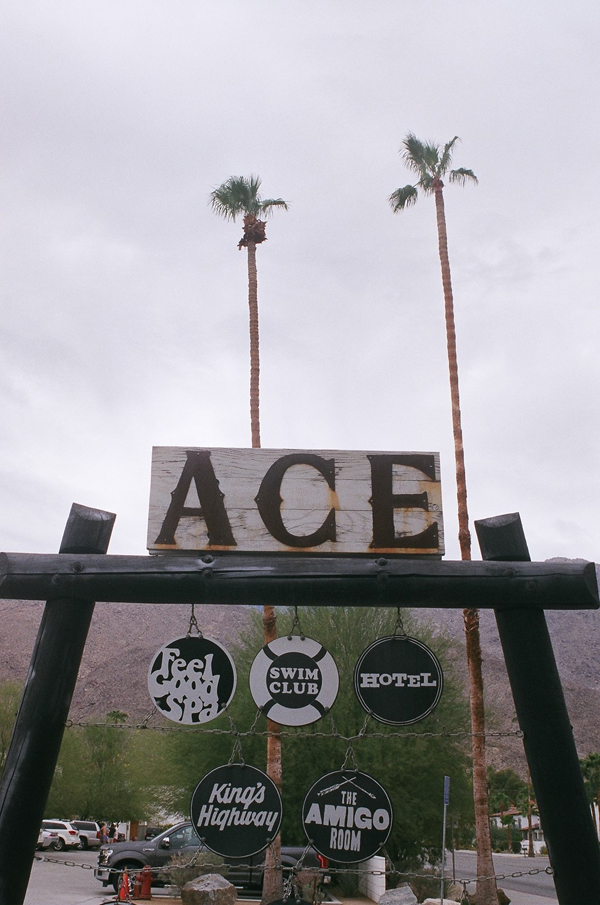 Our stay at the Ace Hotel – which was all about the air conditioning, pool, and cocktails. 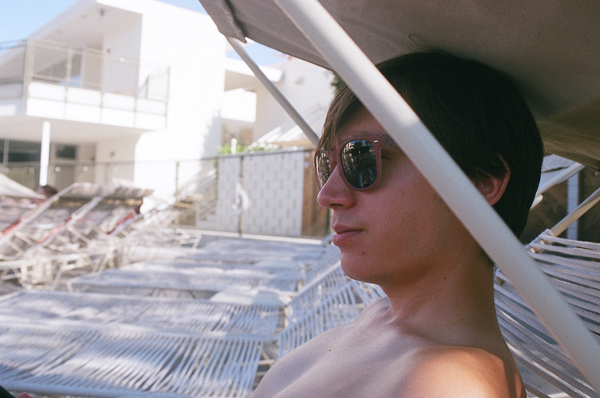 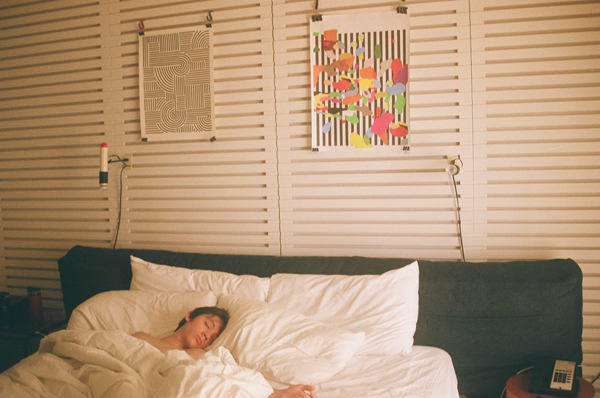 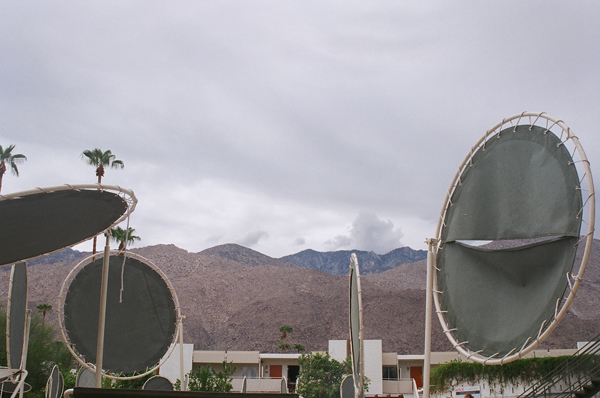 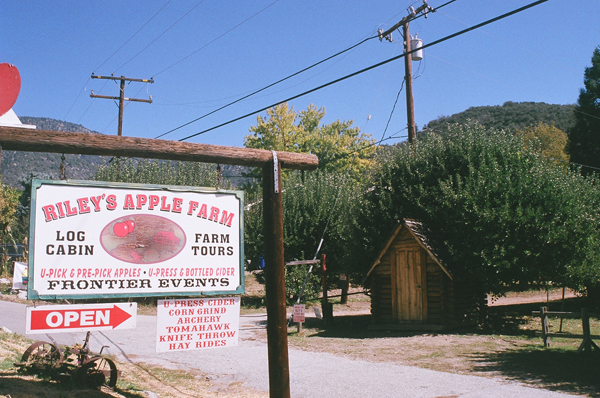 Apple picking – before fall started in Southern California but before all the apples were gone. Pickings were slim, and the orchards weren’t as wondrous as they were in Portland last year – but fun all the same. Apples, pumpkins, and BBQ – I will force fall until my last breath. 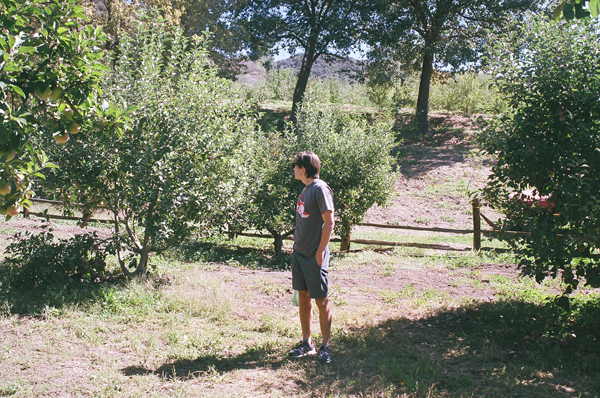 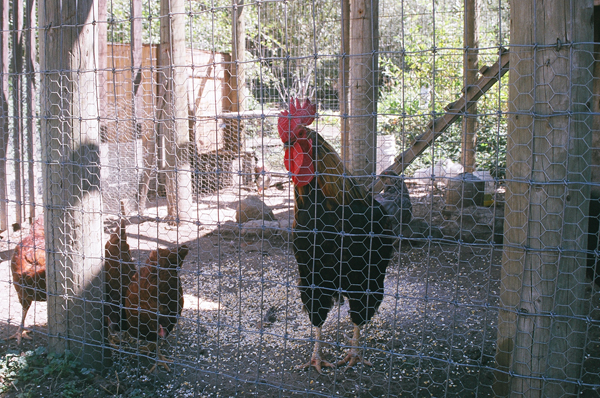 Chickens! Rooster! When can I have a coop already?

Anything resembling a sunflower is A-OK in my book.

2 thoughts on “for the love of film”

The past 11 months have felt a lot like survival, but this past week has brought some revelations, connection, creative juices, and joy - and right now that is enough. 🙂
TEN. 😭 happy birthday #kipalip, my forever valentine. you are the greatest gift and best friend i'll ever have. 💞
being real extra about our first piece of art for the new house (watch my reel). i told you french mid-century, so here you go: a reprint of a 1947 travel poster for the french riviera. I ordered a non-standard size to fit the space how I wanted and thus needed a non-standard frame. ordered custom dimensions in the granby gold (i'm telling you down to the 1/16 inch) from @frameiteasy, and i'm in love. 🏖 #theleeshome
our backyard boug is really showing off and mama ain't mad about it. #samsgardenfriends
Making my way through The Artist's Way because if a pandemic stuck (safe) at home isn't the time to do it, when is?! CLEARLY the author did not anticipate her readers exploring this work while exclusively in the confines of their home/neighborhood, but I've been enjoying being creative with my "artist's dates". In case you decide to read it or just need some ideas for things to do (if you have some for me please also share because TBH I'm hitting a wall with this quarantine), here are some dates I've had with myself:
needs some finishing touches, but this room is shaping up to be the cozy, cocktail drinking, record playing, candle-lit room of my dreams.
Don't mind me, just over here in tears because after a last minute visit to handle some things with my grandparents, my mama just left. All I've been hoping for these last 11 months was to see her, and despite the circumstances (and socially distanced and masked hangs) it was exactly what my soul was so desperately craving. A girl needs her mother. 😭💜 #kipalip
I have no idea what this jut of wainscoting was intended for, but a vase of lavender will do. 💐 #theleeshome
Quarantine, but make it fashion.
Loading Comments...
Comment
×
%d bloggers like this: