Once I decided we (Whitney, Kipling, and I) should all go as animals for Halloween, an owl was the obvious choice for a costume I could plausibly make with zero sewing skills. Originally I was only going to use clothes I had on hand plus a homemade masquerade mask, but then I decided to try a simple tutorial for an owl dress of “feathers”. In case you are still in need of a costume this year, this one is pretty quick and easy to make. Here’s how I put together my first homemade Halloween costume! 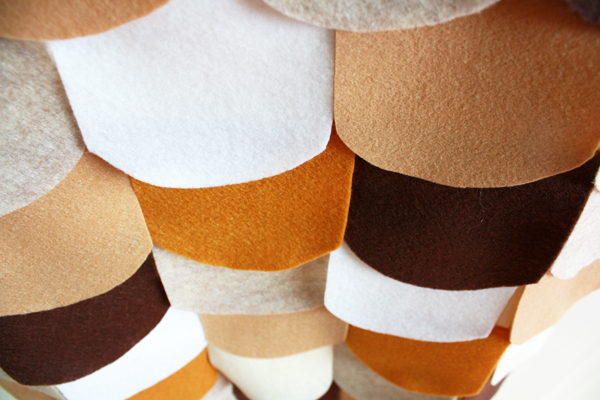 The Dress: I followed this tutorial using a pillow case and scraps of felt (I bought 6 different colors, 2 square felt pieces of each for $.33 a piece at Michael’s). Guys, I even hand stitched a hem for the head and arm holes! This is a huge deal to me because I’m not exaggerating when I say I have zero sewing skills and have probably never even held a needle in my life. It took me a while and isn’t the prettiest thing, but I did it! Baby steps guys, baby steps. The feathers were 4 in. x 4 in. each, and I used a hot glue gun to adhere them to the pillow case in a somewhat random pattern. 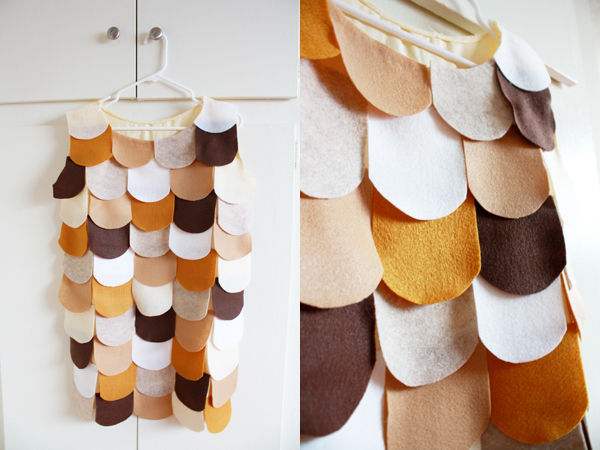 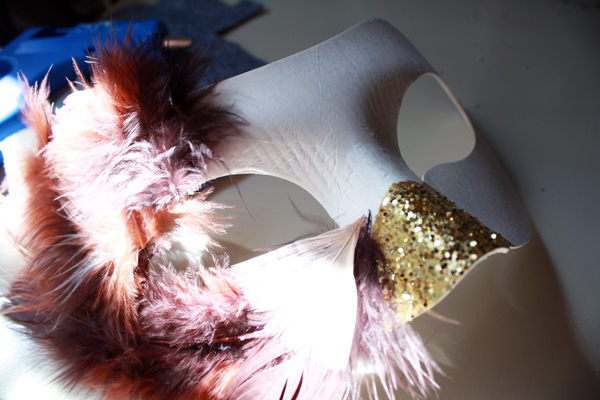 The Mask: I bought a masquerade mask from Michael’s, along with a bag of feathers, a small bottle of gold paint, a tiny tube of gold glitter, and elastic bands. 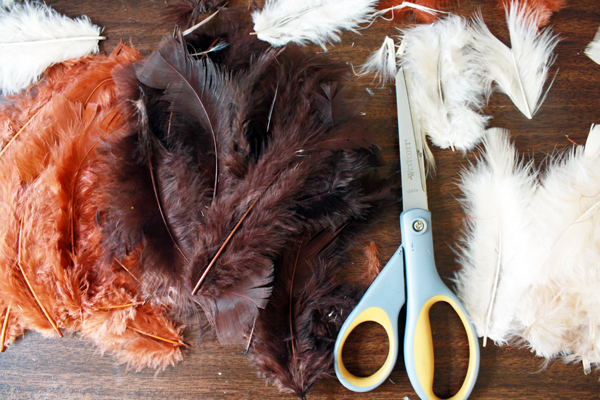 First I painted a “beak” with the gold paint and then poured the glitter on top of the wet paint. I then used my glue gun to decorate the mask with feathers. I tried to be symmetrical and follow a pattern when it came to the color of feathers I was using. If some were too long, I just snipped them shorter. 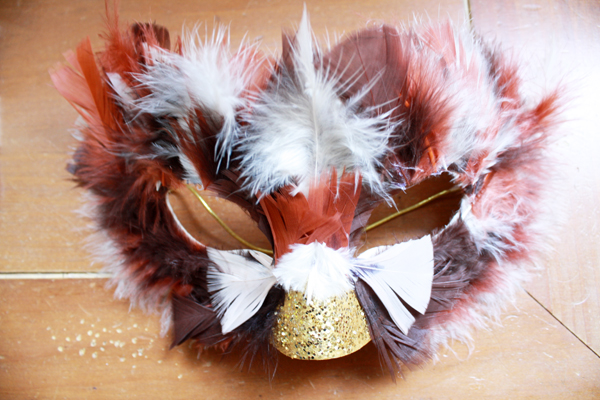 I secured an elastic band to the mask to hold onto my face. After trying it on, I quickly realized there were a lot of feathers poking my eyes, so I trimmed around the eye holes. 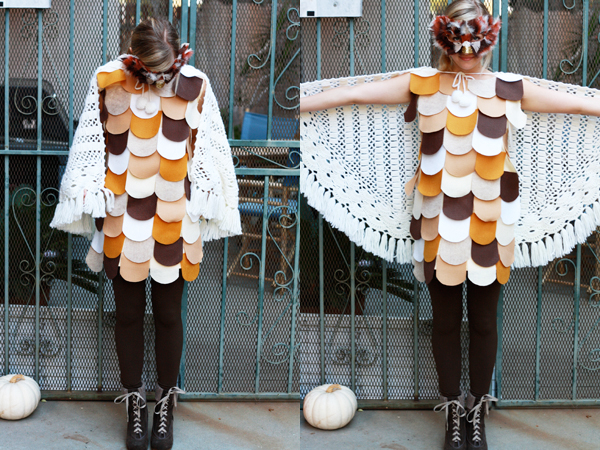 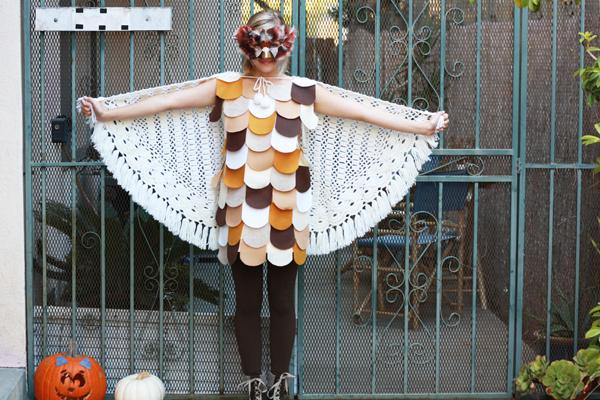 The Rest: I was gifted the beautiful white shawl/cape from my in-laws. It belonged to my husband’s late grandmother. I was so happy to receive it for my birthday and knew it would work perfectly as “wings”. To finish the look, I threw on some brown leggings and some brown boots.

Even though this costume wasn’t difficult to make, I’m still super proud of myself for my first homemade Halloween costume. And seriously, if I can do it, you can too. Plus, it’s so much more satisfying to wear a costume you made rather than buying an overpriced, cheaply made costume from the store. I’m hoping to keep up with this homemade costume thing every year from now on! We already have ideas for next year!

P.S. Click here to see how my husband made his rhino costume.